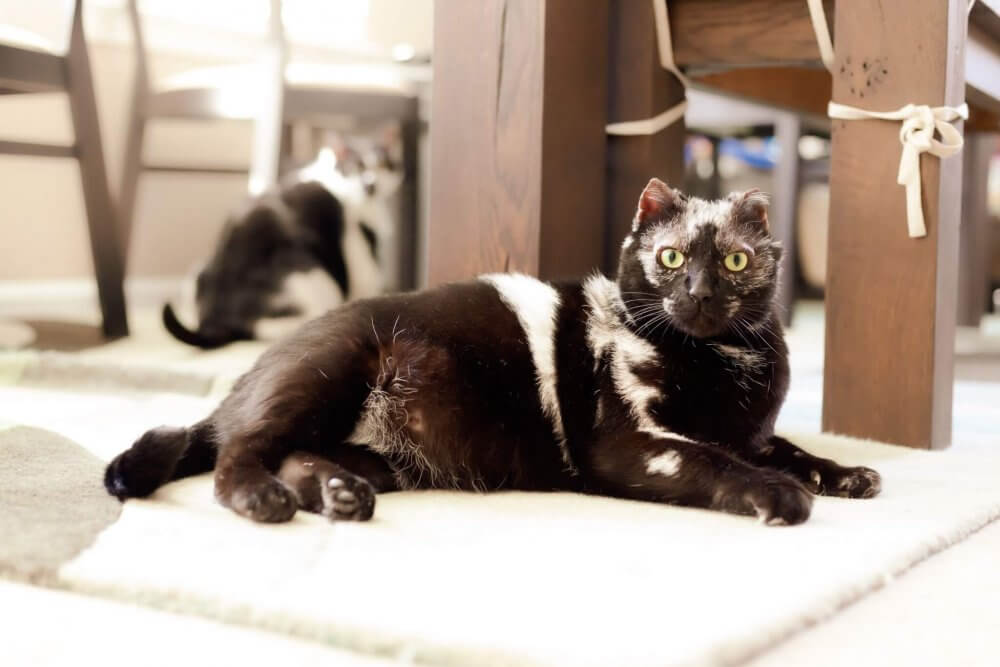 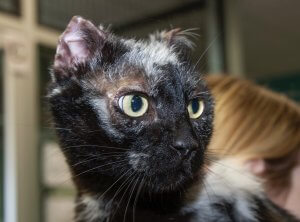 When Maddox first arrived at the VBSPCA, he caught everyone’s attention. He’d been in an accident and was covered in burn wounds with open sores on his ears and neck. Our cattery staff took delicate care of Maddox in the months that followed, making sure his wounds were cleaned and medicated while also giving him lots of affection. After 4 long but TLC-filled months at the VBSPCA, Maddox was finally adopted. We reached out to his adopters to see how he is doing, and here is what they had to say:

How is Maddox doing in the home?

Maddox is quite the character and even a year later, parts of his personality are still coming out. He makes us laugh every single day. He is the most energetic, playful, feather loving, cuddly little boy who you can always count on having his tongue out. I’m pretty sure he thinks he is just like our dog Scooter because some of the things he does to mimic Scooter.

What was it about Maddox that made you choose him? 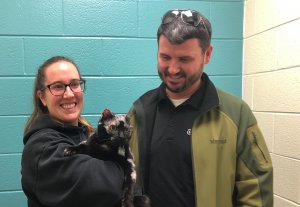 Greg and I were looking to add another cat to our family as a companion for our other cat, Oreo.

I was scrolling through the VBSPCA website at the current adoptable animals and that is when I came across Maddox, then known as Nelson. His markings in the picture and his look really intrigued me, not knowing the past he had, at the time. Greg and I chose a weekend to stop in and meet him and it was love at first sight. Learning his backstory about being burned made us want him for our family even more, especially knowing the love and life that we would give him. We had to wait a couple weeks for medical testing before we could take him home and now we can’t remember what life was like before him.

Why do you think people should adopt animals that need a little extra TLC? 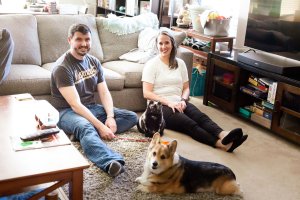 Animals who have a rough past have the most love and appreciation to give when they find the right family for them. A quote that I have read that has stuck with me is “an animal might only be a part of your life, but to them, you are their whole life” and I couldn’t agree with that more. It may take some time for them to come around, but when they start to love you back and show you their personality, there is nothing better than that! We feel so blessed to have Maddox in our family and all that he has added to it since last year.

If you are interested in welcoming a pet into your home, view our adoptable animals here.