Every single animal that comes through our shelter has a story. Some are complex, many are sad, but all of them get better the minute they arrive at the Virginia Beach SPCA. Ginny and Wanda arrived at the VBSPCA as kittens in need of a loving foster home. After being placed with a family, the shy resident adult cat formed a special bond with them and foster mom Kate decided to make them permanent members of the family. We recently caught up with Kate to check in on Ginny and Wanda, and you can read about their success story below. 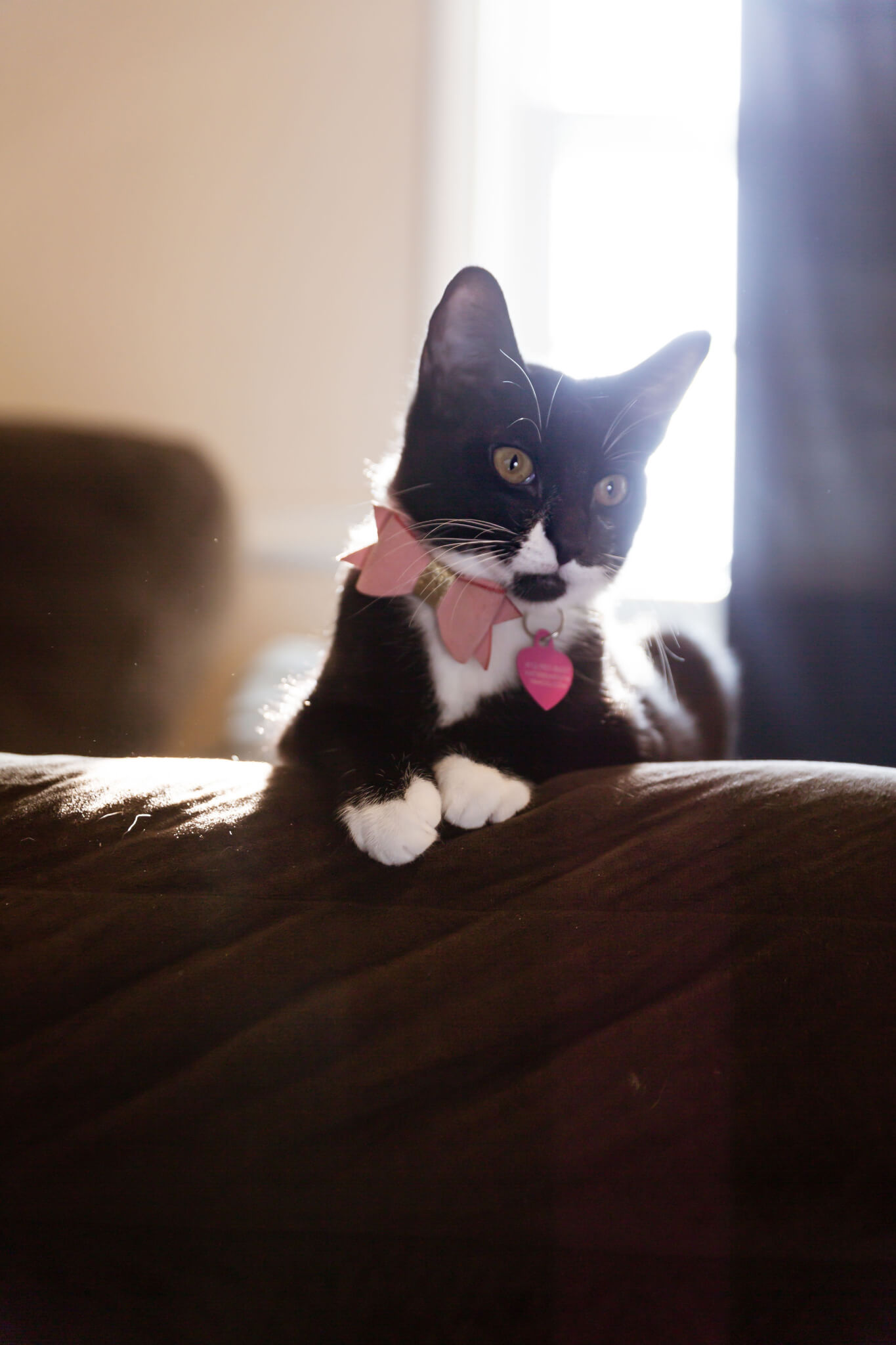 How did Ginny and Wanda come into your life?

We’ve been fostering with VBSPCA for about a year, mostly bottle-fed kittens and those that need a little extra attention. We had just returned two fosters to the VBSPCA, and the staff asked us if we would take home Ginny and Wanda for their two week vaccine quarantine. Typically our fosters go into a separate room for their stay as they are usually younger, but both kittens refused to be separate from our family, so we tempted fate and allowed them to begin to roam the house. Once their personalities began to shine, it was clear that they were choosing us. It would have broken our hearts to separate the girls, so we decided to make both of them permanent members of our family.

You mentioned that your daughter helps socialize and care for your foster kittens. How has she helped with Ginny and Wanda?

My teenager Jordan loves kittens and this is such a great way to teach her responsibility. She has helped bottle feed while I’ve been at work and she is amazing with socializing scared kittens. Ginny and Wanda chose her, especially Ginny, who can often be found curled up on Jordan. She is so great with caring for our cats and they all adore her.

“The joy that an animal can bring to a household is astounding.”

We heard that your resident cat can be very picky with who he becomes friends with. Tell me how Ginny and Wanda have helped him come out of 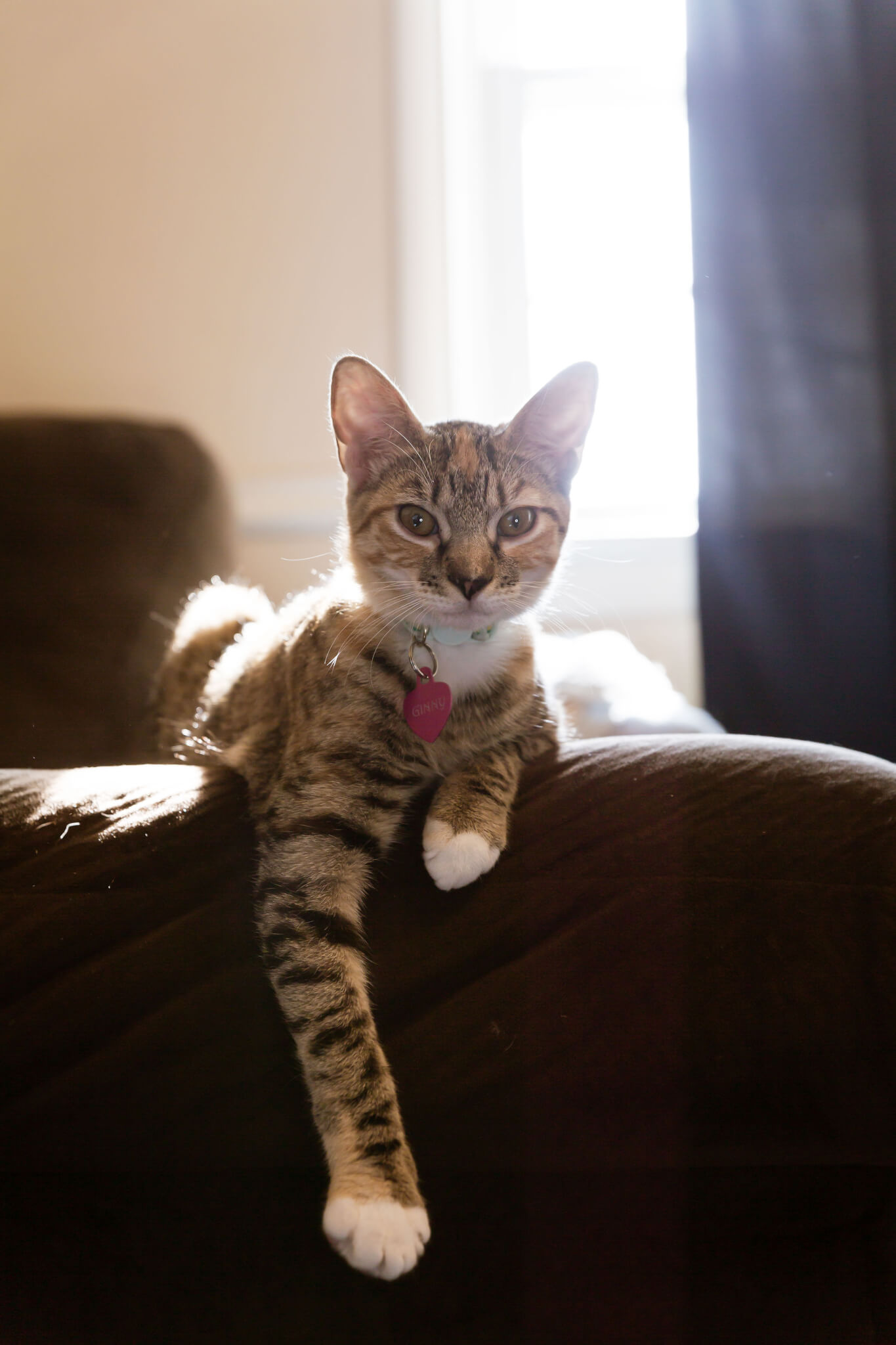 Our last cat to be adopted, Galen, is two years old. He is an extremely shy cat and hesitant to accept new animals. He has always been hissy with new kittens, even the littlest ones, which is another reason why we always give our fosters their own room. However, with Ginny and Wanda, there was no hissing. He was never scared when we brought them home and introduced them. Galen initially stood back and observed until he felt brave enough to play with them. Now he plays with them around the house and they are the best of friends.

Why is adopting through fostering a great way to save homeless animals?

When I adopted through fostering, I already knew how my resident cats would react to the new additions. In the past, if my cats did not like the fosters, it was ok because they were separated and we knew the fosters would return to the shelter eventually. But it’s great to have the option to keep our fosters should everyone get along. Not only did we help homeless kittens, but we kept them out of the shelter setting. “Foster failing” has actually been a huge win for us!

Why should people consider adopting from the VBSPCA?

There are so many reasons to consider adopting. For us, it’s not just that we saved an animal’s life. Our cats are our family members. They keep us company when we are sad, they make us laugh and smile even on our worst days. The joy that an animal can bring to a household is astounding. My children have learned compassion and what it means to care about another living creature by having pets. They are better people for owning pets. My life will never be boring with a cat around! 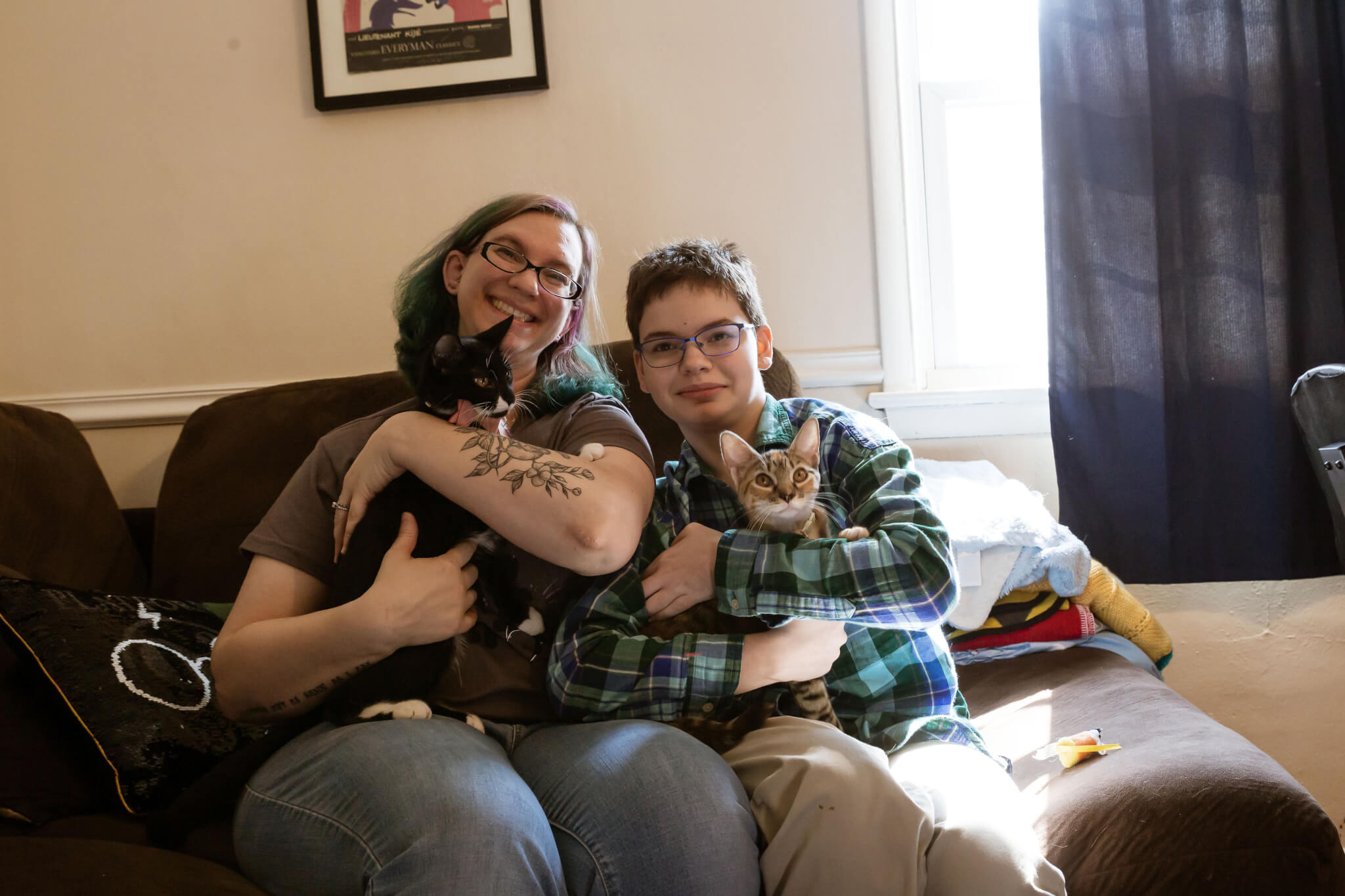