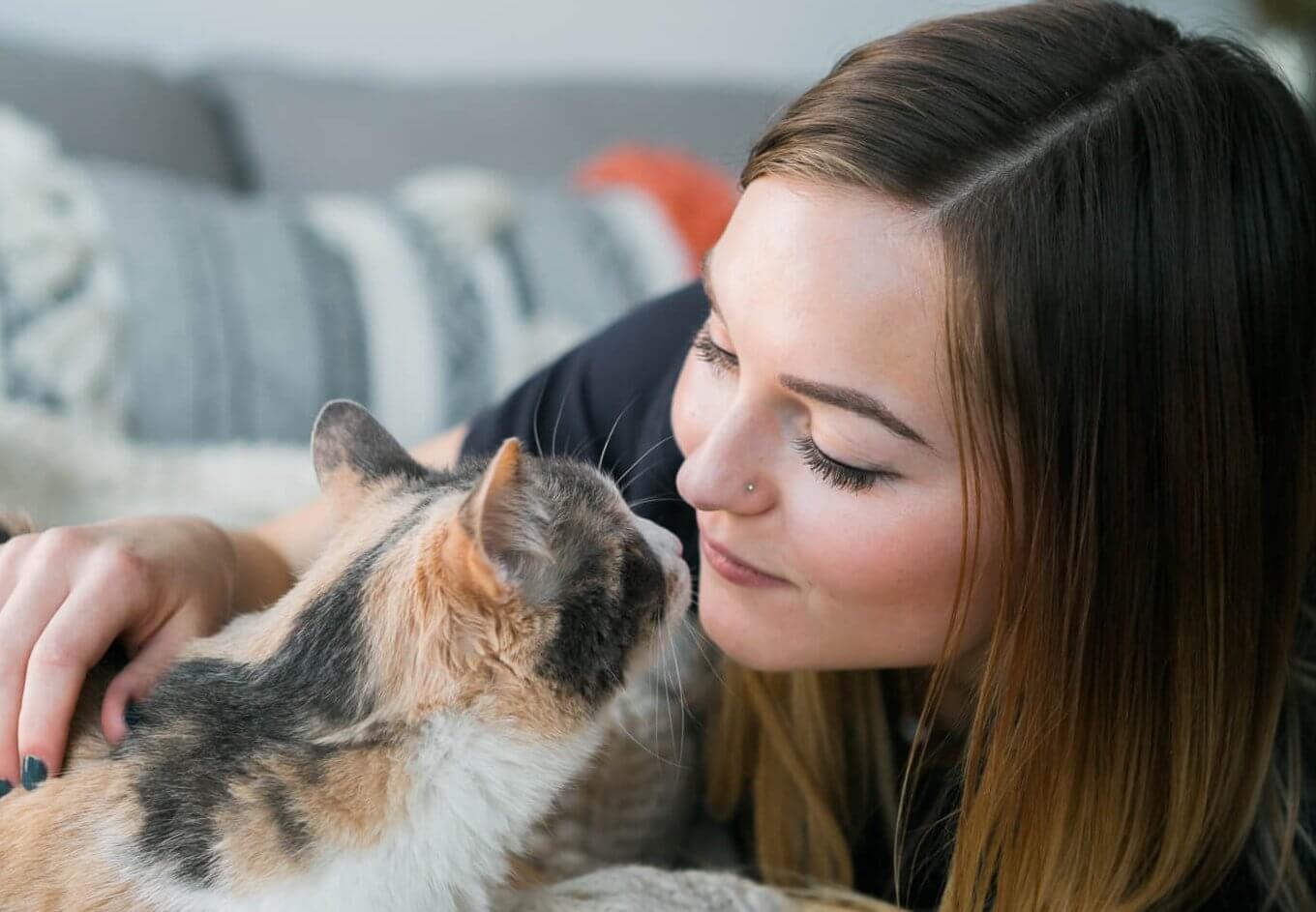 Ask any pet owner, and they’ll tell you that their furry friend is an important part of their life. In fact, research has shown that having an animal companion is not only enjoyable – pets can actually help improve your mental health!

Pet ownership has been shown to reduce stress, anxiety, depression, and loneliness. That is very encouraging for the approximately 40 million adults in the United States who are affected by depression and anxiety. Here is a look at the science behind healing powers of the human-animal connection.

While pet ownership is no substitute for professional medical treatment, it can provide a boost in your emotional health. And when you adopt an animal from the VBSPCA or any other animal shelter, you’re not the only one who benefits from the adoption – you’re providing a second chance for a homeless animal. 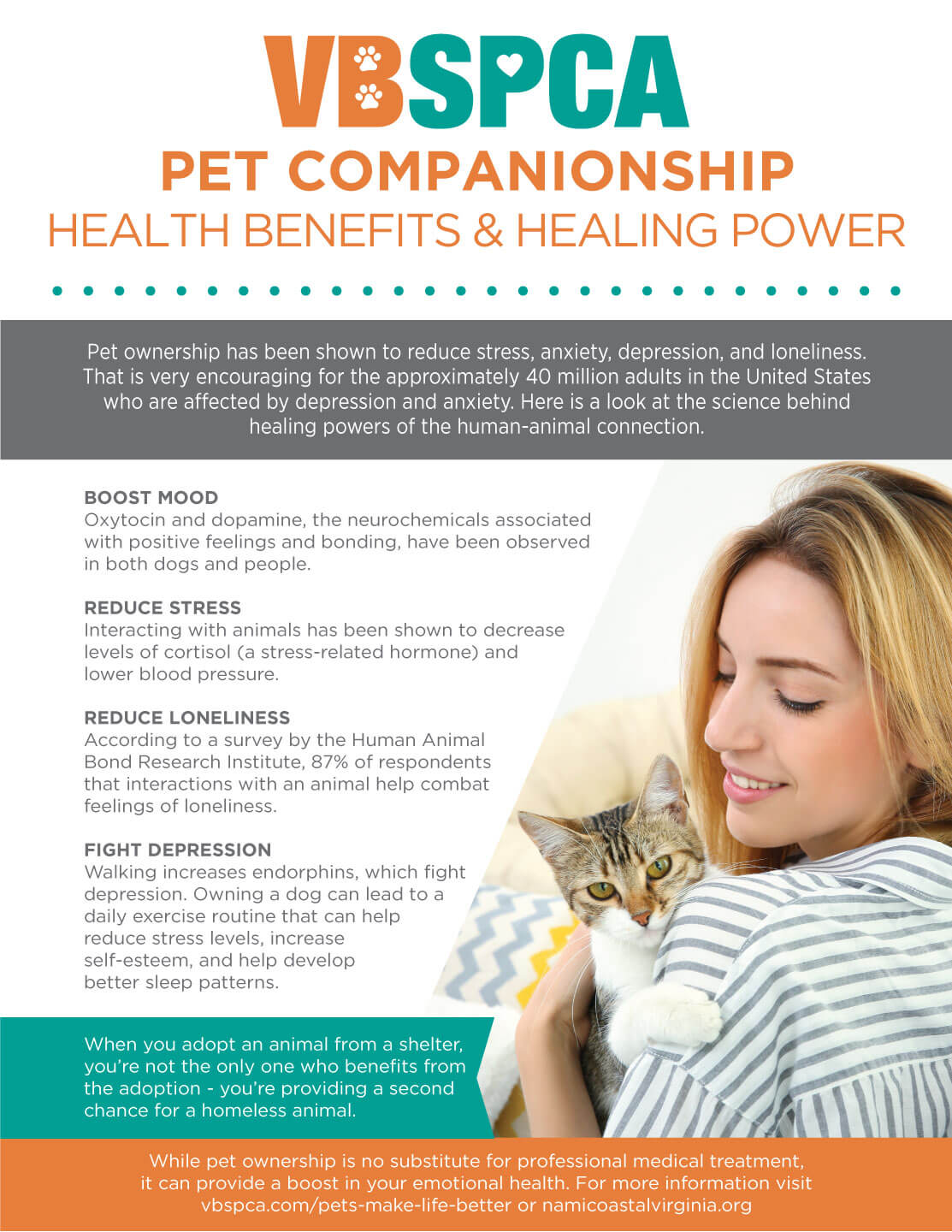