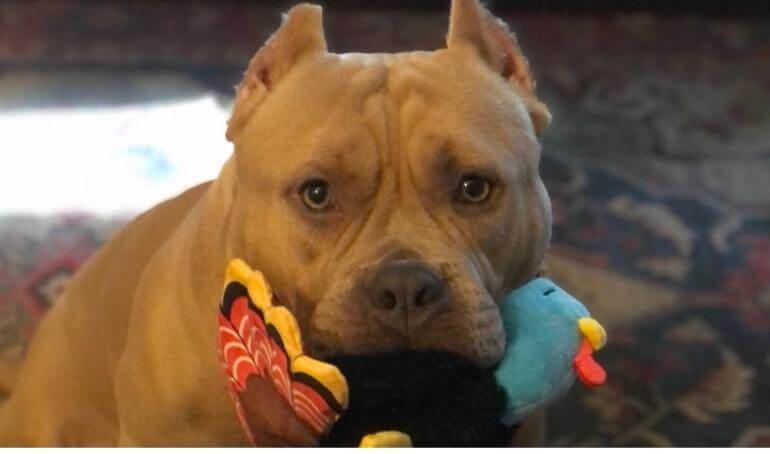 Every single animal that comes through our shelter has a story. Some are complex, many are sad, but all of them get better the minute they arrive at the Virginia Beach SPCA. In July 2021, Tater Tot was transferred to the VBSPCA in need of critical care. His right hind leg had been broken and never healed properly, and he was unable to put any weight on it. Tater Tot’s leg was amputated at the VBSPCA Clinic, and Tater Tot was able to recover from the surgery in a foster home. That’s where he ended up meeting the woman who would later adopt him: Amber. We recently caught up with Amber to learn more about Tater Tot’s adoption story and hear how he is doing now. 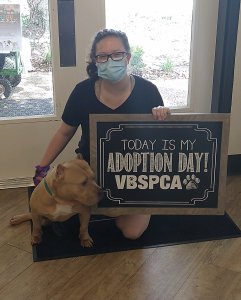 How did you find Tater Tot?

My stepmom, Alexis, was the volunteer to medically foster Tater Tot after his leg was amputated. I was in the process of moving back into the house and wasn’t aware she was about to be fostering a dog. As I was unpacking, she walked in with this block-headed, stubborn, drowsy, golden-eyed baby, and for me it was love at first sight. That evening I started asking her questions on what the process to adopt a dog was. It still took about 3 weeks for me to fully commit – I wanted to be sure I was in the right emotional/financial state to ensure Tater got what he really needed.

How is Tater Tot doing in the home?

Tater Tot is doing fantastic! He’s finally figured out how to get himself up on the couch, where he will stare out the window for hours, and he has a mountain of toys that he will cycle through each week.

What sort of activities do you and Tater Tot do together?

Tater Tot is always excited for his three daily walks, and when I come home we have a game of zoomies around the house. We also have a routine of going to get a puppuccino from Starbucks every weekend. 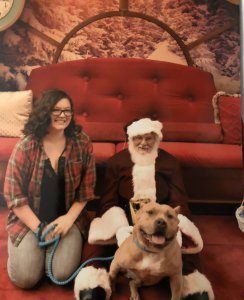 Does Tater Tot have any funny quirks?

He’s adjusted so well without his back leg, but sometimes he will go to scratch his neck and his little nub just wiggles, so I always save the day and offer neck scratches. He’s recently figured out how to kick the dirt and grass behind him on a walk which he is very, very proud of.

One of his current favorite toys is a hard plastic egg that smells like cheese, which he will constantly grab and “bury” in the couch cushions or a fluffed up blanket and if you watch him, he will pout and move it somewhere else. He also has a game that I call corn cobbing, where we will both be relaxing and out of nowhere he grumbles and will proceed to nibble up and down my leg or arm as if he was eating corn on the cob.

How has Tater Tot enriched your life so far?

Tater has made my life so much more enjoyable. Who would have thought hearing a dog snore right next to your ear while he tries to steal your pillow would be as comforting as it is? I am always so happy to come home and see his tail just going a mile a minute while also trying to balance on his one back leg.

Why do you think people should consider adopting a pet with special needs?

People should adopt a dog with special needs because as much as you teach them new tricks or commands, they teach you how to work around their differences. Whenever I tell my coworkers about Tater Tot’s disability, they look at me so heartbroken and ask “are you going to get him wheels or something?” If only they knew how lively he is and how little his disability affects him! 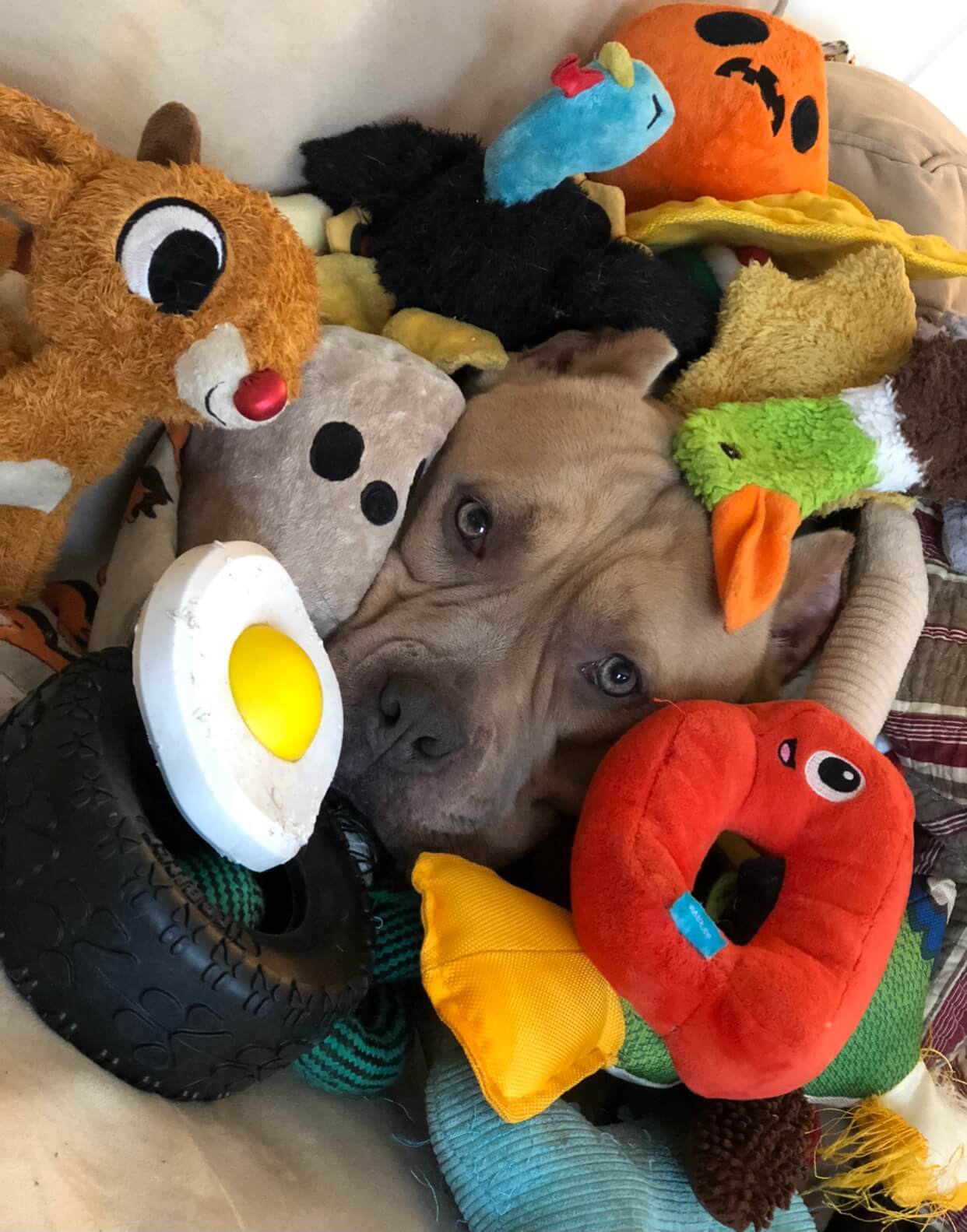