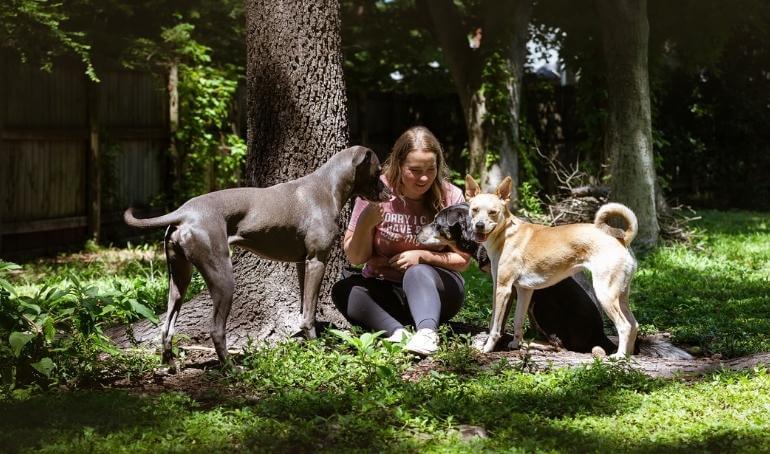 Every single animal that comes through our shelter has a story. Some are complex, many are sad, but all of them get better the minute they arrive at the Virginia Beach SPCA. Stevie and her littermate were transferred to the VBSPCA shelter all the way from Texas in June 2021. Both young puppies were terrified. Since Stevie was extremely shy and had a lot to learn about the human world, she was placed with Mallory, one of our experienced fosters. Mallory put in a lot of time and effort during Stevie’s foster period but when it was time for Stevie to be made available for adoption, Mallory couldn’t bear to part with her. Mallory and her husband, Chris, formally adopted her that September. We recently caught up with Mallory for the full story and an update on Stevie now.

Can you tell us about what Stevie was like as a foster? 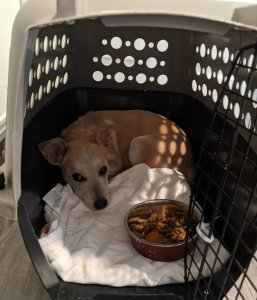 Stevie wanted absolutely nothing to do with me but was enamored with Blue [a dog Mallory and Chris adopted from the VBSPCA] straight away! I think Blue was her savior. For a long time she tried to avoid us and had a little hoard of toys and a bed under the dining room table where she would run to if anyone moved at all. Slowly she started to hang around us more and take treats from us. She really just wanted to be around Blue and Darwin [their other pup], so sometimes that meant being close to Chris and me.

It took about a month for Stevie to allow us to really touch her, but she would still run and hide afterwards. I was determined not to foster fail with her because I really wanted to know that I could help a dog like her become adoptable; so even though everyone was telling me to keep her, I kept saying, “no, no, no, I don’t want three dogs right now!” When it was time for her to be put up for adoption, I was hopeful but my heart sank.

What ultimately made you decide to adopt Stevie?

There was someone interested in Stevie right away, but then they changed their minds. I was feeling really sad and anxious about giving her up, plus Blue was quite attached to her – they are still almost inseparable. My husband knew I was really upset so he emailed me from work and told me just to adopt her… he was supposed to be the one who kept me in check! On September 28, 2021, we officially adopted her!

How is Stevie doing in the home? 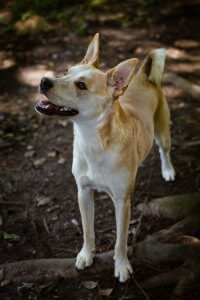 Stevie has become a happy life-loving puppy! It has been such a joy watching her blossom and become the dog she was meant to be. She is so hilarious and makes me laugh every day. She LOVES meeting new dogs and loves going on play dates with her BFF dogs.

She absolutely adores all of the fosters we have had since adopting her. She has very good mama dog instincts and loves playing with and taking care of puppies. She is still very unsure of new humans. When someone comes over, we always tell them that Stevie will bark at them for a couple of minutes and then ignore them completely.

What sort of activities do you and Stevie do together?

Stevie likes to play fetch and tug with me! She also enjoys sharing my pillow on the couch and watching TV (she is a huge Buffy the Vampire fan).

Stevie will never be a snuggly, attention-seeking dog but that’s ok. She likes to snuggle in the mornings and she sometimes snuggles at night when everyone is relaxing, but she mostly likes to snuggle Blue or hang out by herself.

Does Stevie have any funny quirks?

Stevie loves to be dirty; we call her our dirtball princess! She is a treasure and I will never regret our decision to adopt her.

Easy, they are the best!! I think we kind of have a responsibility to help them if we have the ability. Shelter dogs come in all shapes, sizes, and personalities, so there is truly a dog for everyone somewhere within the rescue community. It is also very satisfying to watch them blossom and become the dog they might not have been able to become without you. The love of a shelter dog is just so immense and beautiful, there is nothing else like it! I have also made very good human friends within the rescue/foster community because it’s a great way to bond with people who have the same moral interests. I promise you won’t regret giving a shelter pet a second chance at life! If you are not ready for the full time commitment, I highly recommend fostering. 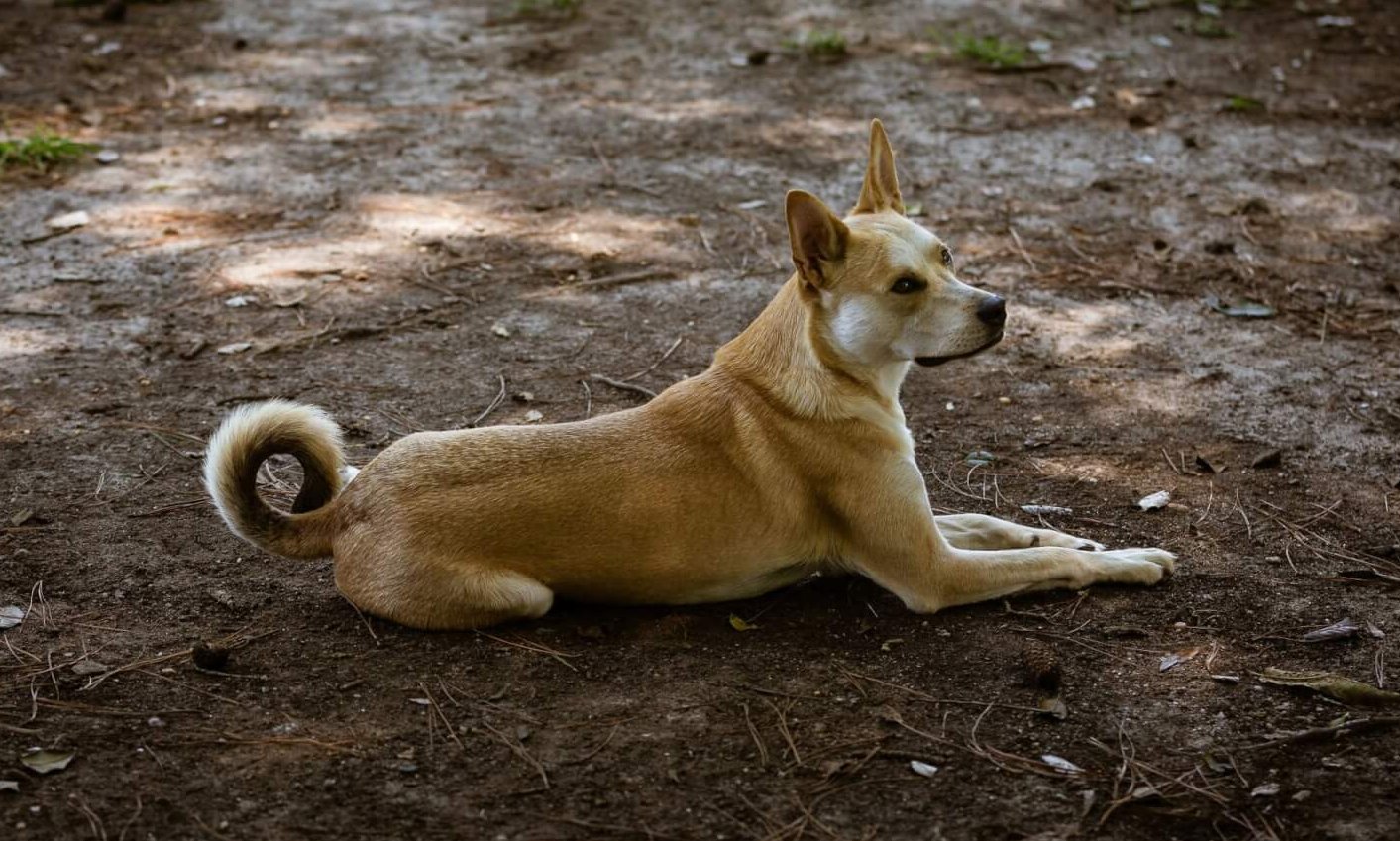