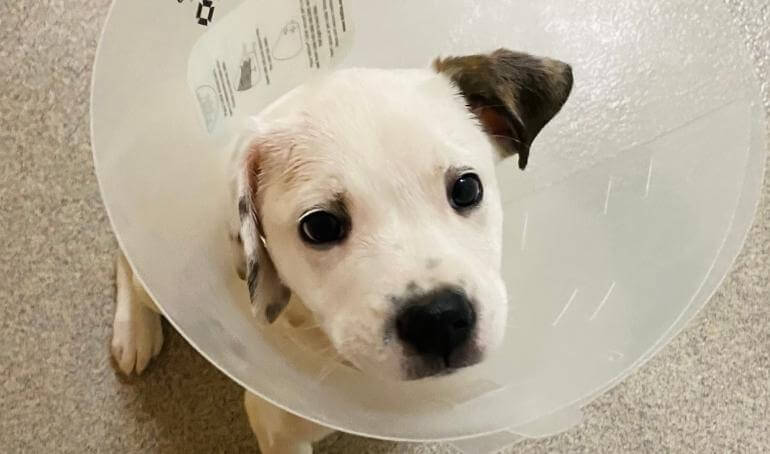 Every year, millions of unwanted animals show up in animal shelters across the United States. According to the ASPCA, approximately 6.3 million animals end up in shelters each year, many of them the result of unplanned litters. Spaying and neutering your pets is critical to combatting this problem, but these common surgical procedures also benefit your furry friend as well!

Let’s start with the basics: spaying is the removal of the ovaries and uterus of a female dog or cat while neutering is the removal of testicles from males. Both surgeries are extremely safe and more cost effective than caring for an unexpected litter of puppies or kittens. In fact, the Virginia Beach SPCA offers low-cost spay and neuter services in our effort to reduce the number of unwanted pets in our community who would likely end up in shelters like ours. Additionally, all of our canines and felines are altered before they are adopted.

Many people don’t realize just how important spaying and neutering really is, but the numbers don’t lie. According to PETA:

That’s hundreds of thousands of animals who could end up as strays or turn up in shelters!

While spaying or neutering your pet helps the community by preventing the births of unwanted animals, it also provides some benefits to you and your pet.

Health Benefits
Females: Spaying prevents uterine infections and breast cancer, which is fatal in about 50% of dogs and 90% of cats. Spaying offers the best protection from these issues when completed before a female’s first heat.

Other Benefits
Females: Spayed females will not go into heat. While female cats do not typically bleed while in heat, female dogs do. However, felines in heat tend to yowl and urinate more frequently, sometimes outside of their litter boxes.

Males: Neutered males are much less likely to run away from home. Because of changes in their hormone levels, they aren’t motivated to run off in search of a mate. Neutering has also been shown to reduce behavioral issues like territorial marking and aggression.

With your help, we can reduce the number of unwanted animals in our community and beyond. For information on the Virginia Beach SPCA’s low-cost spay and neuter services, click here. 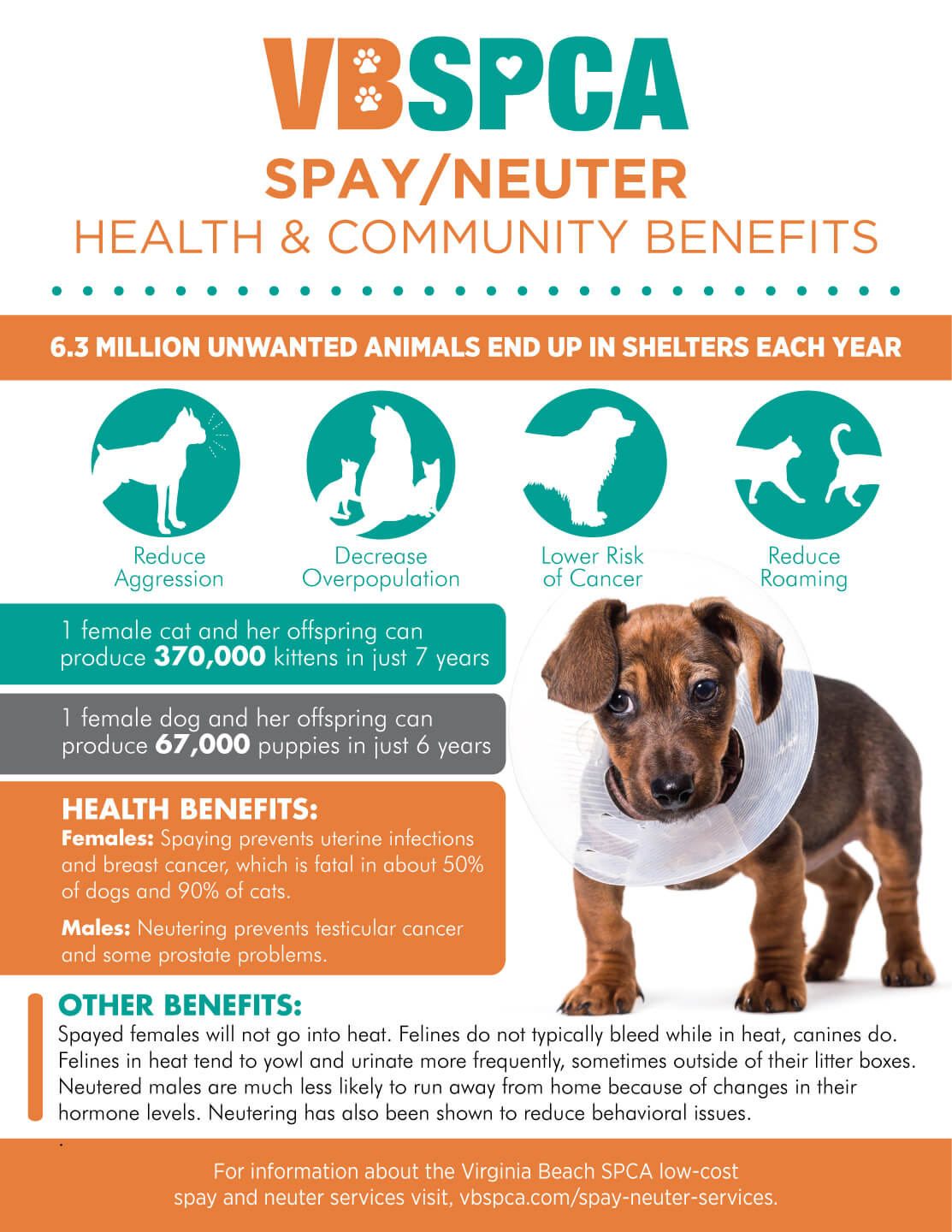