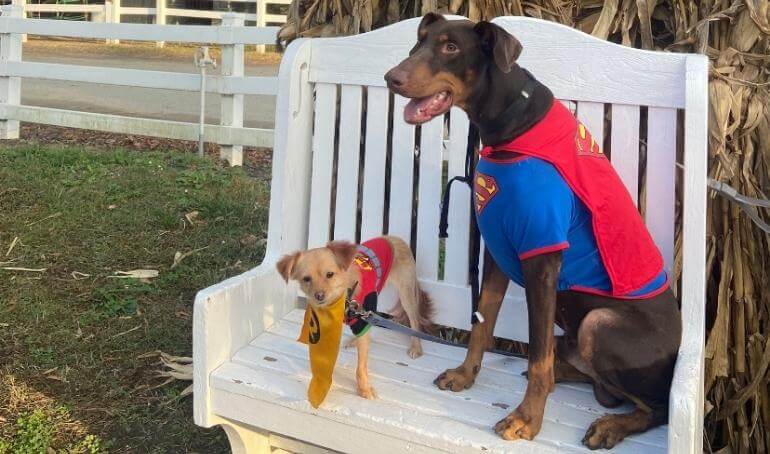 Every single animal that comes through our shelter has a story. Some are complex, many are sad, but all of them get better the minute they arrive at the Virginia Beach SPCA. Kenzo was part of an unplanned litter of five puppies who was surrendered to the VBSPCA in February 2021. The long coat Chihuahua mixes went into a foster home until they were ready for adoption. When Amaya came in to meet the pups in March, Kenzo stood out from the rest of his siblings since he was the only boy and had golden hair. We recently caught up with Amaya to get an update on Kenzo.

How is Kenzo doing in the home?

Kenzo took no time at all to adjust when I initially adopted him. Now we’re practically in sync, and I can easily navigate his emotions and needs/wants. He’s happy, healthy, and has no problem letting me know when he isn’t. 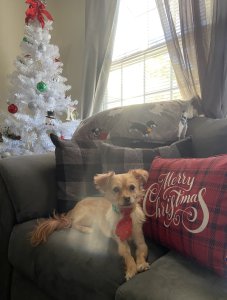 What sort of activities do you and Kenzo do together?

Kenzo and I love to cuddle! Any time I’m taking a nap, he’s right by my side. We also frequent trips to grandma’s house so he can get all of those no-no snacks he can’t get at home and he pays her in kisses (Grandmas! Am I right?). Other than being PetSmart junkies, we spend most of our time playing tug-of-war or fetch, or simply lounging around.

Does Kenzo have any funny quirks?

Kenzo likes to do this weird thing where anytime we’re playing fetch and I have the toy in my hand ready to throw it, he’ll jump up to grab it with no regard for landing. He doesn’t seem to account for what will happen once it’s time to come out of the air and simply throws his body. He completely disregards the need for a landing pose, clear ground, and just looks like a fish out of water. I’m assuming it’s pure dedication, and he’s just willing to compromise his body to achieve the goal of getting the toy from my hand. I aspire to be as dedicated to my goals! (Minus the sacrificing of my limbs…)

How has Kenzo enriched your lives so far?

I find myself constantly expressing my appreciation for being Kenzo’s mom. He is supportive, kind, and understands me so well. Before adopting him, I never truly understood the depths of relationships with pets. I now know it is one of the most rewarding experiences anyone could have. We have such a long road ahead of us, but this small amount of time we’ve already spent together is enough to fill my heart for a lifetime.

I’m a first-time adopter, and like many others I had concerns with adopting. The first would be not being able to find a breed that would suit my lifestyle. The second was finding a dog that would have trouble adjusting since I’m not equipped with enough knowledge. Both of my concerns were easily dismissed when I found Kenzo. I’d tell anyone who is interested in adopting that it’s a journey that requires patience, but the perfect pet is out there! You just have to find each other.

Is there anything else you would like to add?

Adopting was extremely cost efficient and educational. When I adopted Kenzo, I was given all of his necessary medications, some food, and plenty of helpful resources to answer any questions I had. The VBSPCA also had an affordable clinic, which was a huge win! I was able to afford adoption, shots, meds, and new pet supplies, which still totaled to half of what it’d cost me to purchase a dog elsewhere. I was taught signs to look for when integrating him with other dogs and new people. The VBSPCA also gave me helpful advice on feeding, potty training, and crate training! I look forward to adopting again in the future. 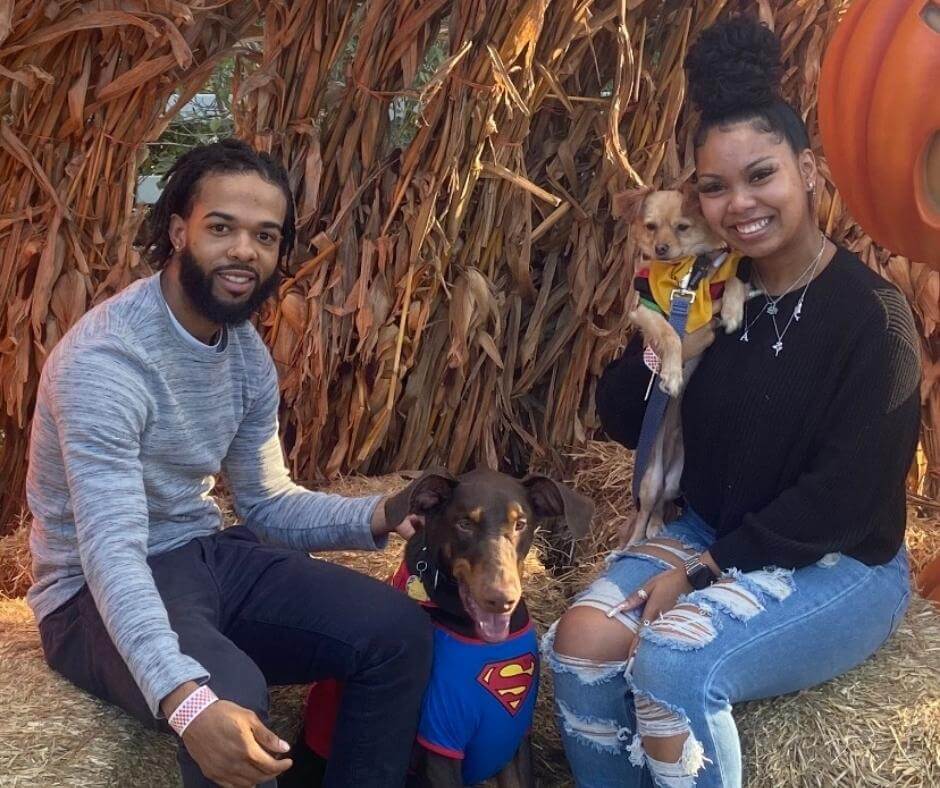