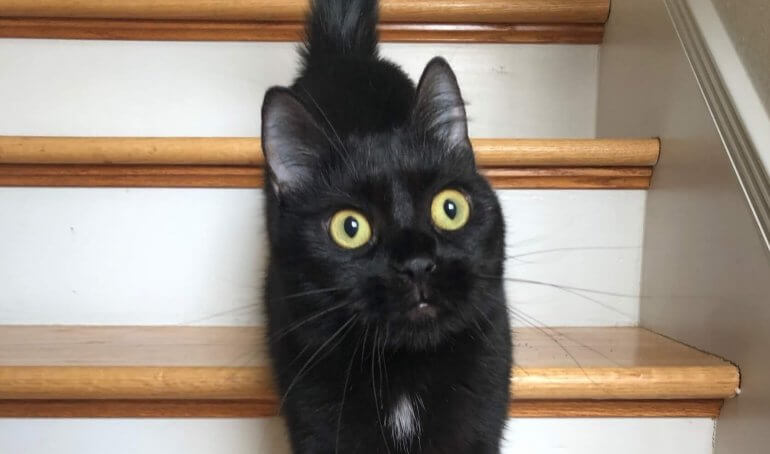 One of the most popular symbols of Halloween is the black cat. However, besides being associated with all things spooky, black cats are also connected to bad luck.

“They’re absolutely gorgeous creatures and the fact that we have superstitions about them because of their hair color doesn’t really make any sense,” said Emily, who personally owns three black cats and is the source of endless black cat factoids.

This negative connotation has led to the stigma surrounding black cats and many false superstitions to be spread. Black cats also have a higher rate of mistreatment in the month of October. Education and support are small ways to ensure that every black cat has a good home.

According to Historic Mysteries, superstitions surrounding black cats began in the Middle Ages. People believed that they were a sign that death would follow and that if one crossed your path it meant bad luck. This quickly spread throughout the region and some cultures still believe it to this day.

Unfortunately, this has also caused black cats to be mistreated and a higher rate of black cat euthanization. But the truth is that black cats are pretty awesome! While adopting any cat is a great thing to do, black cats have a couple of traits that make them extra special.

Researchers at the National Institute of Health discovered that the genetic mutation that causes black fur is in the same family that causes HIV resistance in humans. This gene may help doctors learn more about how to prevent and the deadly disease.

Black cats are also color changers! If they enjoy lounging in the sun and have a tabby stripe gene, black cats can show their stripes and turn a rusty brown color.

Why They Make Great Companions:

The VBSPCA staff also believes that another black cat superpower is being a great companion, and many of us have adopted a house panther into our homes.

“I adopted Frankie three days after I was officially hired on at the VBSPCA,” said staff member Ashley. “I’ve always wanted to rescue a black cat, there seems to be a negative stigma surrounding them when in reality they are the best companions. My husband is active duty military and is gone a lot, she has saved me by being my antidepressant. Wherever I go, she goes.”

Mabel is another black cat that has made a pawsitive impact in her owner’s life.

“I feel like sometimes black cats don’t stand out when you’re scanning the shelter, but if their personality matches with your family, they can make amazing pets,” said Jessica, the VBSPCA communications and outreach coordinator. “My black cat, Mabel, always tries to take care of any bottle-fed foster kittens we bring home and is so affectionate.”

If you would like to get to know some of our adoptable black cats and maybe adopt one into your home, come visit us at the VBSPCA.